Kodi is one of the best media player to watch live TV channels. There are a lot of TV addon available in internet for watch movie, drama, sports & others. Kodi supported huge range of operating systems which are Windows, iOS, MacOSX, Android, Linux & Raspberry Pi. Whether you've only just begun the process of digitising your movie and music collection, or long since abandoned physical media, chances are you've heard mention of Kodi. Essentially a tool to bring all your content together in one place, and share it across numerous devices, it's a well-known commodity in more technically-minded corners of the internet.

As networked home media centres become more appealing and easier to set up though, the attraction of Kodi is reaching more mainstream viewers. Kodi can serve as a hub for all your movies, and tap into online databases to provide information on them

Kodi (formerly XBMC) is a free and open source media player application developed by the XBMC/Kodi Foundation, a non-profit technology consortium. Kodi is available for multiple operating-systems and hardware platforms, featuring a 10-foot user interface for use with televisions and remote controls. It allows users to play and view most videos, music, podcasts, and other digital media files from local and network storage media and the internet.

Should i use kodi?

Kodi itself emphatically is – it's merely a piece of software, as legal as any other distributed under the GNU General Public Licence. However, just as a torrent client can be used as either a legitimate way to distribute files or to share illegally uploaded content, so too can Kodi be used for less reputable pursuits.

The XBMC Foundation is remarkably transparent in what Kodi actually is, though. The source code for all supported platforms is available on GitHub, and the creators work with the Software Freedom Law Center, which advises on issues including copyright and trademarking.

However, given the open-source nature of Kodi, some of the compatible plug-ins and add-ons can be used for less reputable access to content. Essentially, the onus is on you to use Kodi responsibly, but it's completely legal to have a build of the media centre itself on any device you own.

At the start of May, an EU court ruled that using a multimedia player – such as Kodi, although Kodi wasn't explicilty mentioned – to stream pirated video content online is subject to similar laws as those governing the downloading of an illegal copy.

Downloading an illegally copied show, film or game constitutes copyright infringment because you're effectively "stealing" and keeping a copy. However, with streaming, the file is stored temporarily on your computer, and temporary copies have traditionally been exempt from copyright laws.

This means that anyone who streams an illegally copied film or TV show is breaking the law, just as they would be if they downloaded it because streaming "adversely affects the normal exploitation of those works and causes unreasonable prejudice to the legitimate interests of the copyright holders".

As the ruling explains: "In the present case and having regard, in particular, to the content of the advertising of the multimedia player and to the fact that the main attraction of that player for potential purchasers is the pre-installation of the add-ons concerned, the Court finds that the purchaser of such a player accesses a free and unauthorised offer of protected works deliberately and in full knowledge of the circumstances." 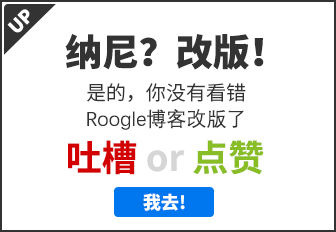